Before describing the beach I want to mention some sad things we saw on the coastal road. Last week we were planning to go down there but awoke to heavy rain so thankfully we postponed our trip. At the time we didn’t know the heavy rain was from Tropical Storm (some have said hurricane) Alma as the local news didn’t report anything. We have been told the US news was describing it quite well – not sure if ignorance was bliss here!

Anyway we later read that about 900 homes were damaged or destroyed on the Pacific side. This was the first storm in about 120 years that formed in the Pacific rather than the Caribbean side so perhaps it took people by surprise.

A week later on the drive we noticed heavy mud on the sides of the road and then saw a few of the small towns had badly damaged and muddy houses along the main road. Many had water damaged furnishings in trash piles outside and one of the schools had a pile of damaged desks in front. The water must have been pretty high if the marks on the side of some of the houses came from this storm and the deep mud looked for unpleasant living. Look on this first picture at the water mark on the house. 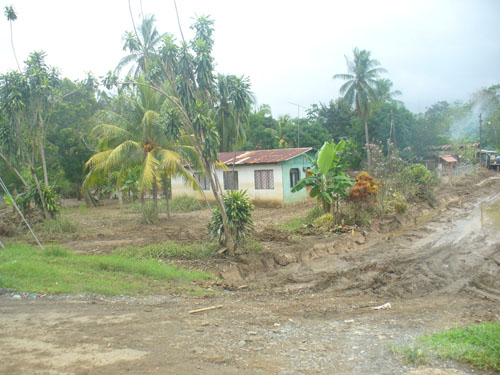 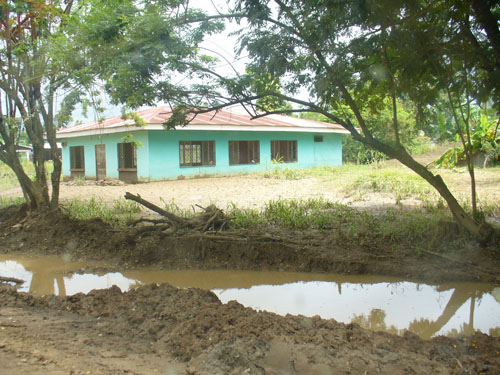 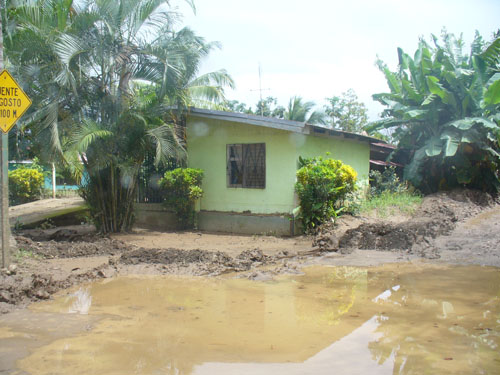 Despite it all the people were as always smiling and carrying on pleasantly. Costa Ricans are the nicest folks as a group – well except behind the wheel of a car!

On the road to the beach