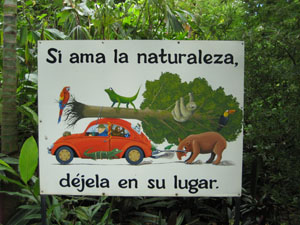 Just before Jacob left we had a fun visit to Zoo Ave which is just south or so of Alajuela. This is a neat little zoo that focuses on rehabilitation and education about conservation etc. Jacob as always managed some neat pictures – the signs were interesting. The second one states “my eggs are not the solution” and the turtle is holding a Viagra pill. Interesting for a zoo. 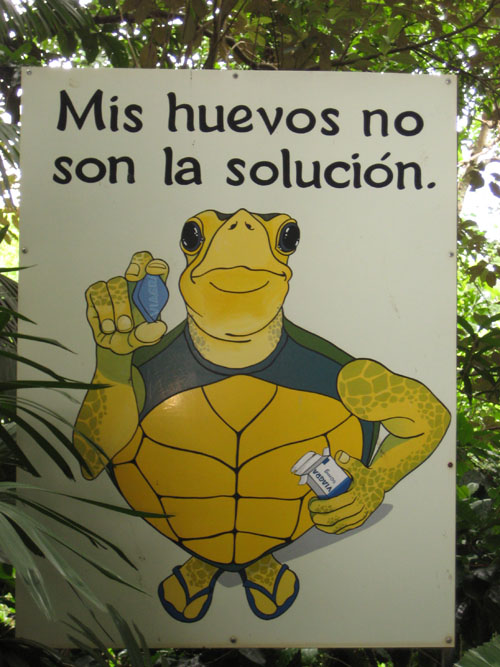 We had a nice time and it was enjoyable walking around the beautiful grounds in perfect temperatures – mid 70s. There was a nasty incident with mangoes. The squirrels were eating them in the huge trees and then after a few bites throwing them down to the ground. Mark had one narrowly miss his head and Charlotte’s stroller was hit (but not her). Kind of funny afterwards but those are some BIG mangoes! Here is one of the squirrels: 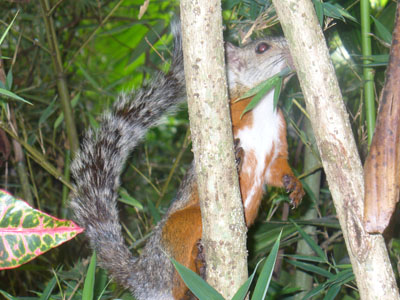 I hadn’t realized there were deer in Costa Rica but we’ve seen them at a few nature park places. 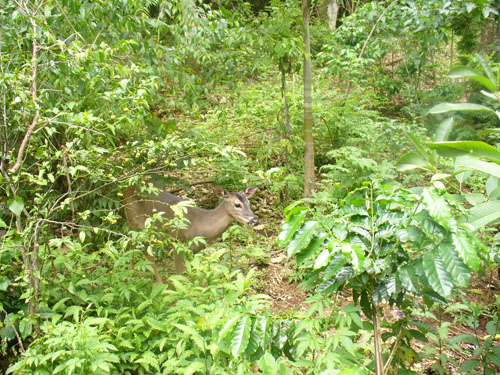 Here is the Fodor review of the zoo:

Fodor’s Review:
Spread over the lush grounds of Zoo Ave is a collection of large cages holding toucans, hawks, parrots, and even two quetzals (the macaws range free), not to mention crocodiles, turtles, monkeys, wild cats, and other interesting critters. The zoo, the best in Costa Rica, runs a breeding project for rare and endangered birds, all of which are destined for eventual release. It has a total of 120 bird species, including such rare ones as the quetzal, fiery-billed aracari, several types of eagles, and even ostriches. An impressive mural at the back of the facility shows Costa Rica’s 850 bird species painted to scale.

We did see many large iguanas running around freely. Again this is common. We were told the green ones are kept as pets by many people here but not the brown ones as those are more aggressive. My oldest son Sam had a green one that was about 3 foot long about 10 years ago (Lizzie) and that thing was so evil I cannot imagine anything more aggressive. Sam used to suit up with a snow jacket and snowboarding gloves and goggles just to try and lift her out of the cage! We lived in fear of her for a couple of years! Sam we think of you every time we see these. 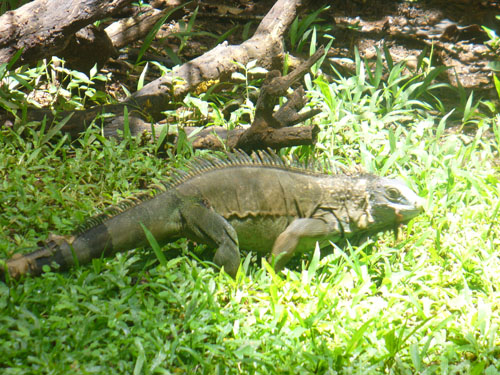 And of course toucans. We have only seen two flying at the beach but we do see lots of parrots around. There were about five of them squabbling and fighting for a spot on a power line right above the grocery store in Santa Barbara the other day. We were the only ones looking at them and taking photos. Geeze tourists! 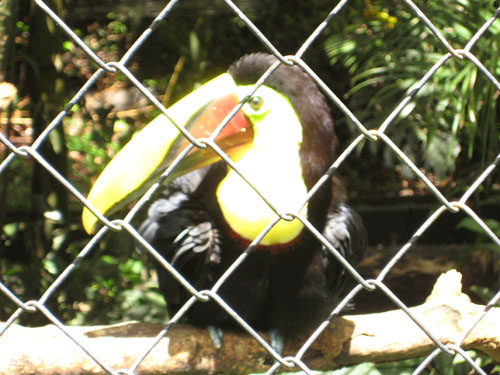