This is me in front of Crater Lake. 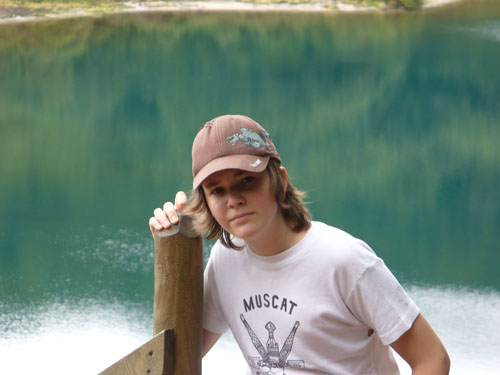 Poaz Volcano is a wildlife park full of birds, Costa Rican squirrels (they are very tame), lizards and larger than life vegetation. The main path up to the crater is actually very short and easy to walk on. We just accidentally took the long route. But in that route we saw many a bird and squirrel and plant-life. The plants are huge up on the slopes of the crater. One leaf was bigger than I was! 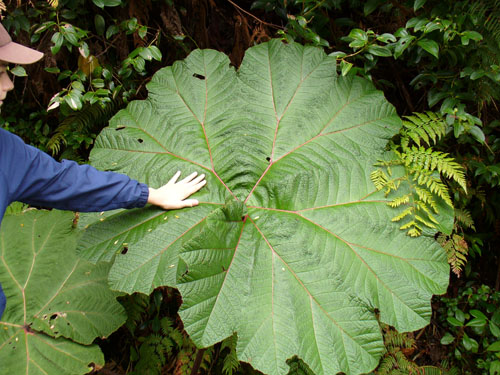 On the trail we ran into a very long staircase and by the time we were up it we all had to rest. The crater itself was probably the best part of it. Inside the crater there was an acid lake that was magnificently turquoise, and you could see the steam coming off the surface of it. But surrounding there were giant cliff-side’s that were so high that when we stood on top of it we could see for miles! We could see some houses and farms and the old lava flows were black and burnt but you could still see the ripples. I took this cool picture of a rock formation. 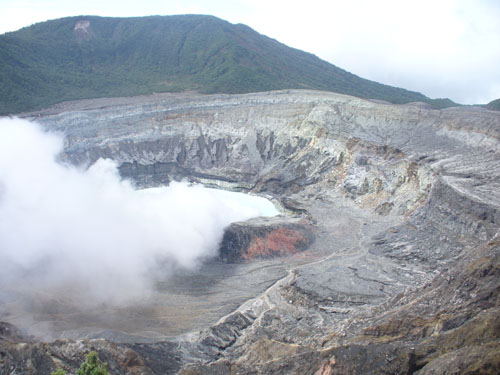 More info: Poaz Volcano is somewhere around 2550 meters high; at least that’s what the car’s altimeter said. The old crater is filled up with rain water making a natural crater lake. The only thing that lives in the Crater Lake is algae because it is so acidic. The crater itself is 45 celcius hot! And again obviously the only thing that lives in it is algae. The Crater Lake is named after the Indian tribe of Pothos. They lived on the shores of it. I do not know why because they probably could not drink it because of the acidic waters, and there were no fish thanks to the acid. 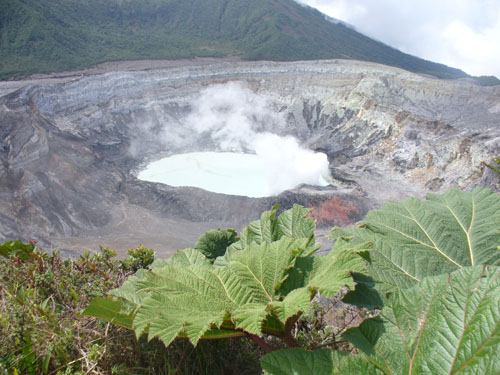 When I first saw the actual crater I was overwhelmed…..by heat that is! It was quite warm on the observation deck and we could see birds sweeping back and forth over the steam and lake. 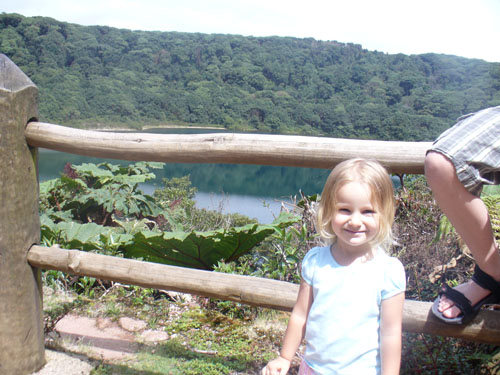