We spent a lovely half day at the Bosque del Nino or Child’s Forest which is a 40-hectare park just outside of Grecia in the central valley area. It has a grassy picnic area and small play ground plus these neat little elevated children’s picnic platforms. There are trails around the park with the main one about three kilometers. We went on the “easy” path that was about 800 meters uphill to a look out point. From there it was another 650 meters to a waterfall. Setting off 800 meters didn’t seem far but when a 35 pound two-year-old conks out and demands (through shrieking and sobbing) to be carried up the hill which was quite steep in places and slightly slippery with wet leaves, it feels more like climbing to base camp on Everest! We made it to the look out point and then the little ones and I collapsed on the bench while dad jogged to the water fall.

Here’s the view from the look out point: 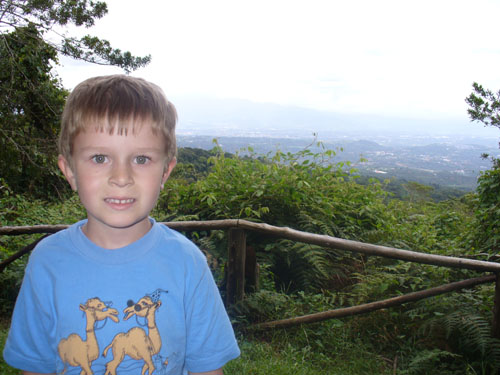 And here is the waterfall: 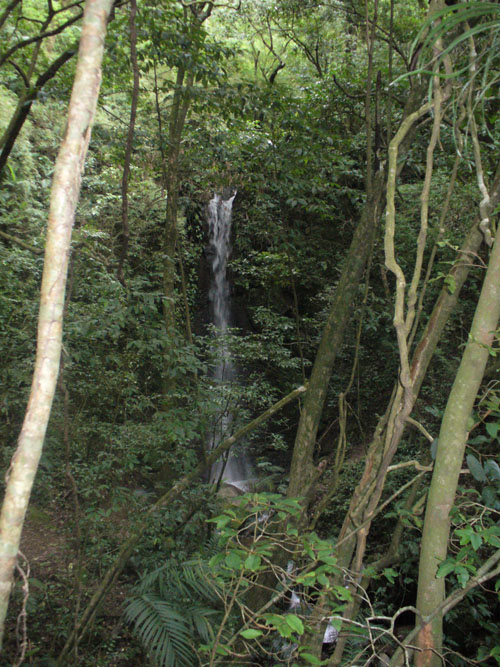 Going down was much more fun as Charlotte decided she would walk! The trails were easy and safe enough for children and similar (little harder) to our loved Ijams Nature Center in Knoxville. We spotted a couple of brightly colored and spiky caterpillars, lovely butterflies, and the tail end of a squirrel but that was all. That could have been due to my heavy gasping carrying Charlotte uphill or the non-stop chatter of children as apparently there is a wide range of animals often spotted in the area. 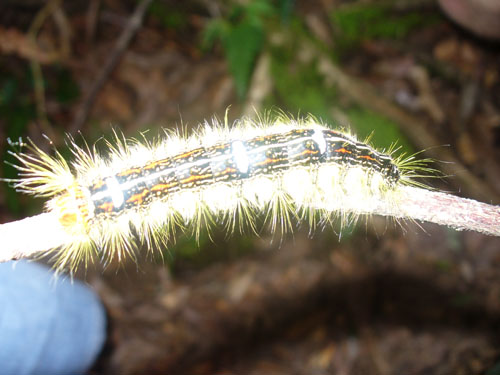 There were quite a few Tico families picnicking in the grounds and even barbecuing which looked fun – but our cheese sandwiches were tasty too! 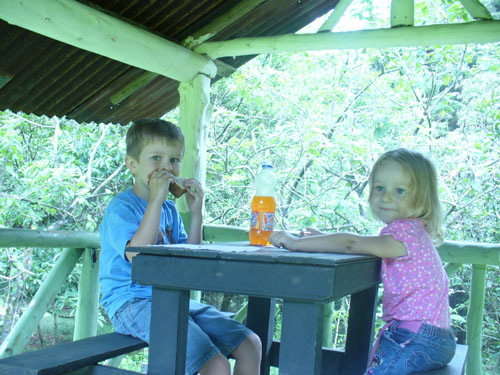 The trip up to the Children’s Forest passes through intense coffee growing country. Our GPS route tends to put us on the most direct path rather than the biggest and widest roads which means we have seen some interesting and narrow country roads (dirt tracks in places). The hillsides in that area are densely planted with coffee plants dotted with large palm and banana trees. We also drove past a huge farm with fields covered in netting under which were growing hundreds of Boston ferns – now we know where all those hanging on Southern US porches come from. 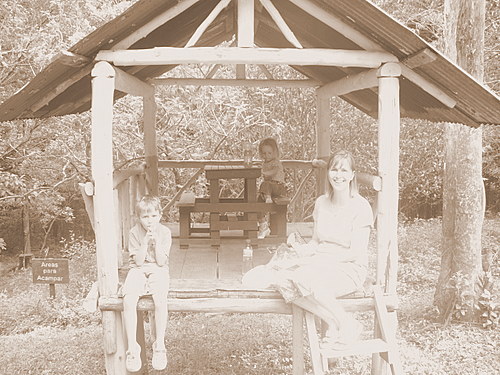