Well it was off to another beach for four days this last week. This time we went to the Guanacaste area, specifically Panama Beach in the Papagayo Gulf which is up on the northwest/Pacific Ocean side of Costa Rica. The drive took about five hours from our northwest of San Jose starting point (Santa Barbara). Most of it is on Highway 1 which I have mentioned before and not exactly what you would envision as the major highway through Central America. But happily further north it actually flattens out and is wider and much more pleasant to drive. It goes through fields and dry forests with volcanoes and mountains further off in the distance. A really pleasant drive actually. 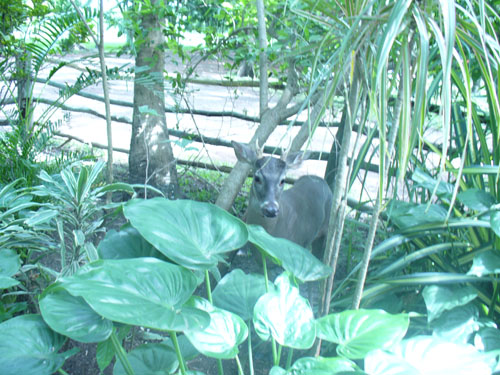 We stopped on the way at a restaurant just past the town of Canas called Hacienda de Pacifica and what a neat little jewel in the middle of the forest. It was an old farm owned by a prior president of Costa Rica and now a restaurant. The food was good but the open dining room and lovely old furnishings and outdoor decks were just lovely. Plus there were tame deer wandering around as well as chickens, ducks and geese. The children fed the deer by hand and fought off the rather aggressive chickens – Charlotte was very scared of them! A children’s playground and various cages of iguanas and parrots also entertained the little ones. It really makes a nice stop. 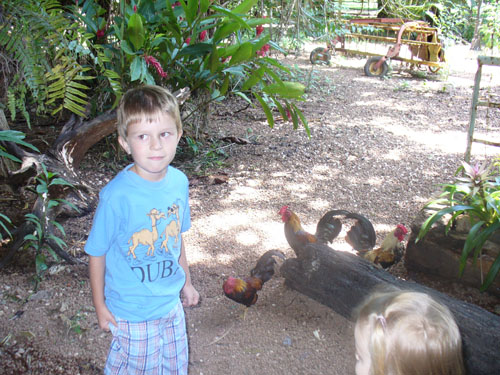 The main town in the area is Liberia which our brief excursions to found it a nice place with all the basic necessities. One day we went for supplies and ended up eating at a Peruvian restaurant. The food was excellent and really flavorful. I think this is our favorite in the whole trip! I had octopus on a bed of mashed potatoes covered in tons of crispy garlic – delicious. Potatoes figured heavily in the menu as did corn and garlic. Everything was excellent and I am going to have to find a Peruvian cookbook to try out some recipes at home.

Anyway Panama Beach is about 20 minutes further on from Liberia and past the airport. We found a lovely hotel (not part of a large chain) which was about the same price as big or small ones; $100 a night per room or so.

The hotel was right on the beach and had lovely pools. Little clusters of four rooms were around the grounds and each room had huge vaulted ceilings with teak beams and wooden chandeliers. They also had televisions, coffee makers and hot water in each room. Sadly they also had the requisite ant problems that seem to plague every place we have stayed here. But very clean rooms and helpful staff. 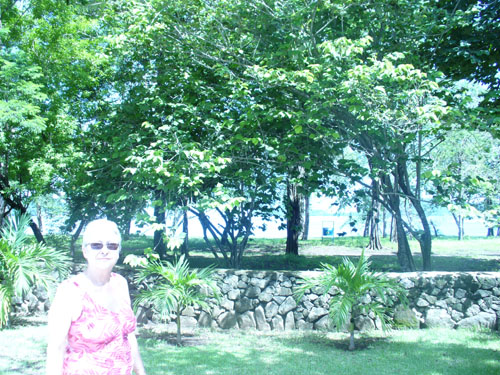 Hotel grounds looking toward the beach.

The grounds were lovely and we saw howler monkeys next to our building and more types of geckoes and lizards than I have ever seen in one location. Brilliant greens, browns, striped, spotted – incredible. There were also lots of big iguanas, one of which hung out often on the swim up bar and could really make you jump if you did actually swim up to it! 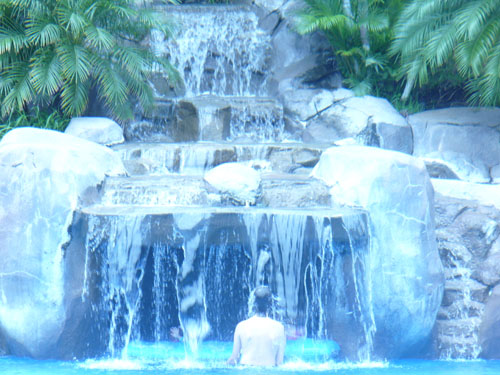 Hotel pool jacuzzi cave and waterfalls (the children are inside)

There was a restaurant on site and a nice breakfast is included. We had dinner there and found it OK but very over priced for the quality. And do NOT order the house white wine as we were stunned to discover this was $10 a glass – and tiny glasses they were of very poor plonk. But it was nice to not have to leave the hotel at night and to be able to sit overlooking the ocean and palm trees to eat. The downside of the open plan was again the presence of unwelcome guests – a few flying cockroachy things and crabs scuttling around and of course many geckos. 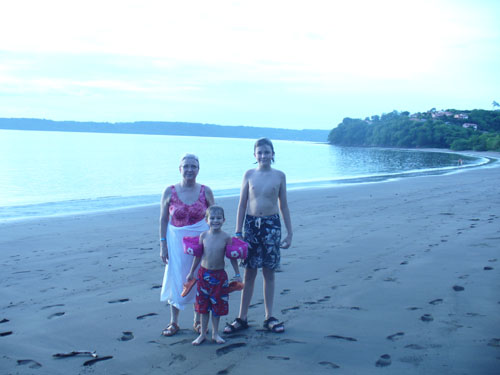 The hotel had a private entrance to the beach complete with armed guard. The bay is beautiful with sweeping beaches and hills dotted with small villas. Again though the sand is not wonderful as it’s black and kind of muddy/silt that sticks unpleasantly to your feet. The water had a lot of small pieces of sticks and debris in it the first day but cleared up later. Another big river ran into the ocean in the bay and of course fills it with all the run off. The beaches were pretty empty but it was during the week and in the green (rainy) season and we hear they get pretty full at weekends. 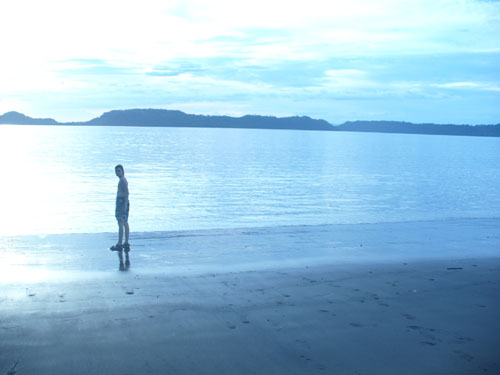 The weather was somewhat rainy but only for two evenings and since we had spent all of the days in the pool and wandering the beach we really didn’t mind. The hotel provides large umbrellas in stands to help get you from building to building and each block of rooms has lovely outside patio areas to sit out in. This was the first place we really had to use insect repellant though as the mosquitoes were pretty heavy. It’s nice not to be bothered with them in the Central Valley region and we shall miss sitting outside and not being eaten by bugs as we do in Tennessee! 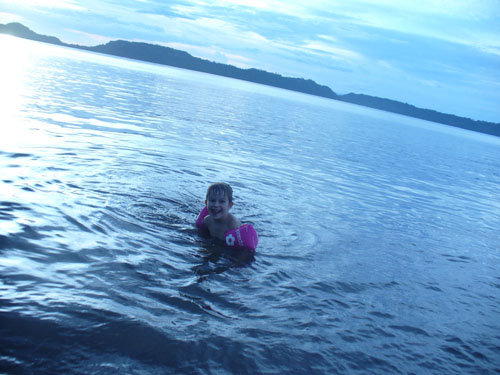 So lovely pools and hotel grounds, beautiful beach to look at, monkeys and lizards and jungle look, average food, and pleasant drive made this a nice break. 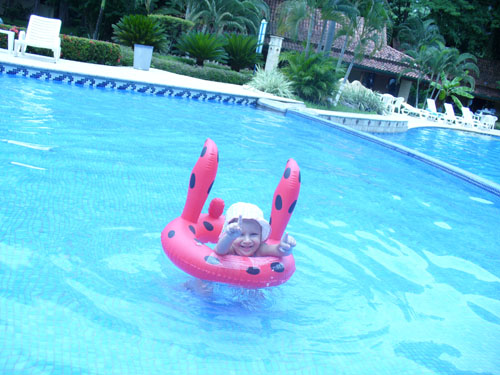 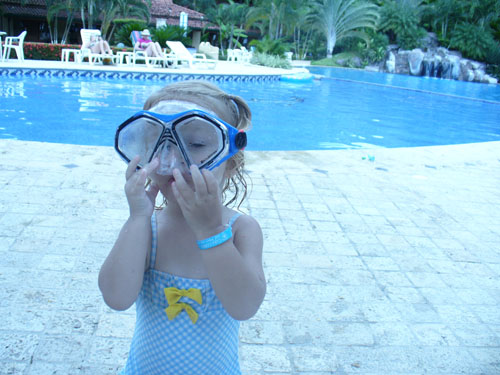 Birds up on Poaz Volcano