Woke to overcast but dry weather and it stayed dry all day until we had to walk in London! But it did make the 5 hour drive down nicer. I like the large places to stop on the M-11 now as it’s not only gas stations and McDonalds but they also have French patisseries and M & S stores with all that good food. We were able to load up again on sandwiches like duck breast and hoisin sauce – certainly more creative than ham and cheese. Then we dropped the car off after searching for the offsite place near Stanstead for about 45 minutes. Do we warned that Budget and Thrifty are miles away while Europcar is on site. Then our car and driver was waiting to take us into London. That cost 76 pounds but was worth it because the bus to London from that airport is about 15 pounds per person and the train even more. I’m finding so often that for our group of 5, a private car is often cheaper. 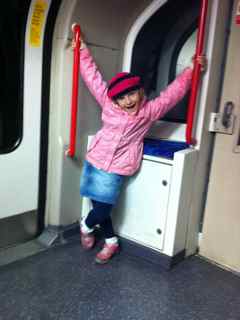 We were slightly anxious at the apartment as no one was there to let us in and the telephone number was not being picked up. But about 10 minutes on, we finally got through by phone and man came over immediately and let us in. The apartment had 2 bedrooms, full kitchen and living room etc. Nice with new and modern things but the floors (tiles) made our feet black. We found it on hotels.com and paid 125 pounds a night so not bad for all of us. We were 5 minutes walk to Shoreditch Tube stop which is near a lot of the Olympic areas. Got to see Olympic Village and some arenas coming in and there were still a lot of cranes and equipment madly working. It’s about a month to go now. Our driver said he was leaving the city for two weeks because he did not want to work during it as everyone is highly fearful that the London transport system simply will not work for that many additional people. It is hard to imagine because we were on many jam-packed tubes and buses were full just on normal days. 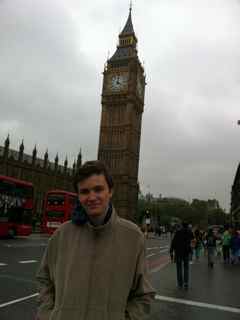 I was glad we sandwiched our trip right between the Jubilee and Trooping of the Colours because it meant we didn’t fight those crowds.