We only had 2 days back in The Netherlands and then headed out to Prague for a week. I had a conference to present at and so we rented another apartment which turned out to be in a fantastic location and with great service.
http://apartments-in-prague.org/ Ivo organized a pick up at the airport service (40 euros for a large van) and the concierge was there to let us in and give advice on local area etc. 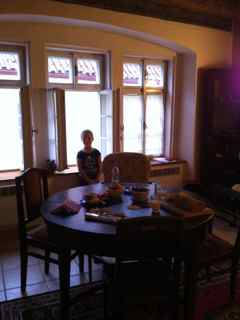 They had a cell phone for us to use and all the expected items in a 2 bedroom, 2 bath apartment. It has lovely old wooden, painted ceilings and sturdy antique furnishings and was just down from the castle area. We were across the street from the American Embassy although didn’t’ know this until our taxi was stopped and searched by police – all vehicles in the area are. The driver claimed we were in the safest spot in Prague as the other side was a police station! 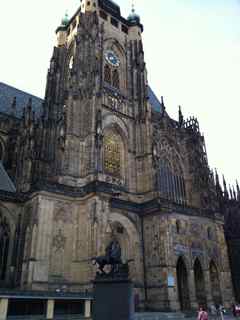 Prague is lovely and the cathedrals and castles intertwine with amazing architecture. We kept coming across rather nondescript big buildings wedged between apartments and shops and upon looking in, we found them to be these incredible churches. The outside is very plain but the insides are highly ornate.

The first evening we were walking and passed a huge church with a sign that said classical music concert. As we were reading it, a man was gathering up the signs as he said it was just starting. We looked disappointed and so he said “come, come” and pulled us inside to sit. We got to listen to an hour long concert of Mozart and more in this beautiful venue for free – what a gift. We later saw that most of the churches has concerts a few times a week as fundraisers but they were not cheap! 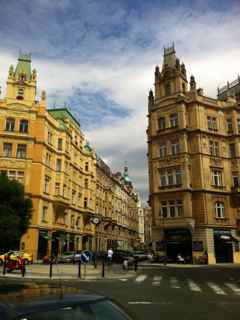 As we walked home after a good dinner and the concert we stood on the Charles Bridge admiring the sites when suddenly explosions went off around us. After the initial shock we saw the fireworks going off right next to the bridge and so got another free show – a 15 minute display so close the ashes of the paper fell on our heads! Pretty impressive. 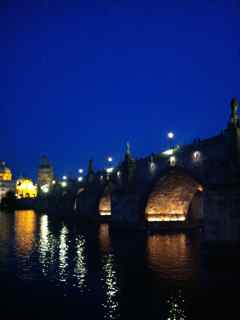 We got to see these a couple of times in the week and they seemed to be a nightly occurrence at about 9:45 pm. When we inquired about the fireworks from a waitress she shrugged it off saying must be someone’s birthday so I don’t know if this happens all the time (of course she was just openly rude about everything so who knows). 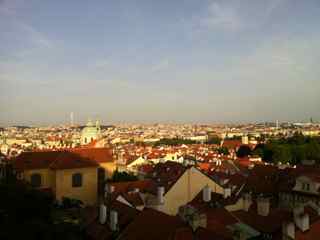 That was actually a big downside to Prague. People are RUDE. In Budapest the culture is a little cooler and standoffish than in the west but it’s easy to see this is a cultural difference. However we had some really unpleasant interactions in Prague and service workers and the general public across the city just really did not seem to be happy or considerate. People don’t smile often and we referred to the “help desks” as the “unhelpful desks” as we actually had people working in these (zoo and airport) who were openly rude and angry at answering questions. It is also very expensive in the tourist areas and the non-tourist areas harder to access or find. 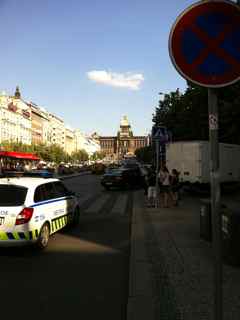 We are pretty good at managing on public transportation but Prague was the most difficult and frustrating although we barely used it as it’s a very walkable city. 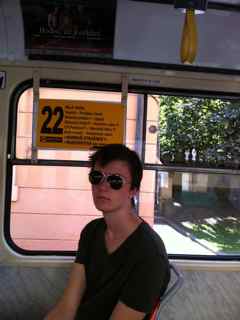