Some of the major highlights in Prague were the state opera house and zoo (ditto Budapest). We went to see Carmen at the opera and again were blown away at the quality of the entire show. 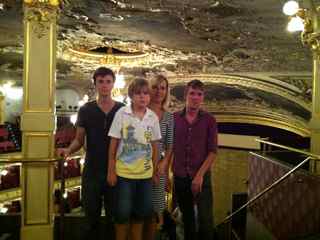 The children sat glued to it as did I. It was not quite as hot in there but still warm. Tickets were a lot more expensive and our cheap seats cost about $20 a person this time instead of $2. 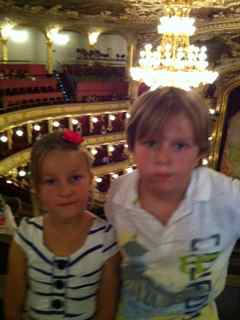 The zoo is the biggest in Europe and did impress. We spent about 5 hours there as it was outside of the city and on a hill so had lovely views plus was slightly cooler. The Littles rode horses twice and we got to see some different exhibits. 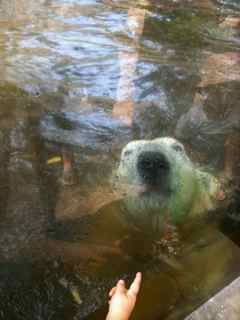 Two baby gorillas playing were neat and the polar bears up next to the glass were impressive. It’s funny how culture comes through even here though as the snakes were being openly fed large dead rats and the trainer was doing a show feeding the otters (which used to be one of my favorite animals). Usually in the US they throw a few fish in but in this case they had dead ducklings – cute little yellow babies! We were a bit stunned to watch the otters ripping these apart violently and chomping down. Adds a whole new side to otters to see them with duckling feet hanging out of their mouths. I’m afraid we were squeamish and didn’t stay around there long. 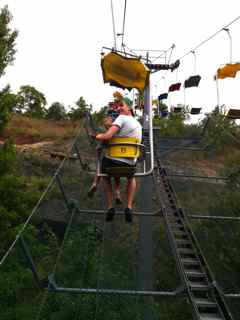 We did find great t-shirts for the Prague zoo that were half the price of tourist t-shirts in the main stores so perhaps things are cheaper away from the main city!

Jake took off and did the Communist Prague tour and went to the KGB museum, communism museum, and sites in Wenceslas Square as well as the Kafka Museum. The others and I did the castle with full tickets so we went into all the buildings and various museums. It’s the largest castle compound in Europe and it certainly takes a full day to see everything. Max got a new pocketknife from there and got to shoot a crossbow so was happy.