The last night we had dinner on the Old Town Square and it was the European cup final so filled with a huge screen in “fan central.” It was very fun and rowdy despite the team we wanted to win (Italy) losing to Spain. As we headed back to the Charles Bridge to cross over to our side, it started to drizzle and then as soon as we were on the bridge the heavens opened and it poured. The lightening also started so was quite apocalyptic feeling walking across a medieval bridge with huge statues looming out of the darkness and black water below. We got absolutely soaked through and really just had to laugh as luckily it was warmer than in England! It was memorable for sure! 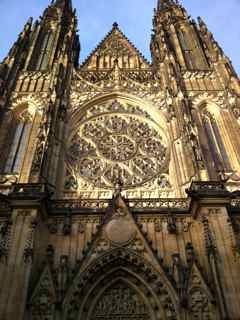 We all enjoyed this city and are glad we went but none of us could imagine living there (which is what we often chat about in new places) or even racing back for a visit. Far too many tourists – the place is jam packed – and more than anything, more Americans than any other city we have been to! Apparently it’s not so full in the fall and spring so perhaps then would be the time to go. I don’t really enjoy going to a foreign city and all I hear are American voices everywhere – prefer the less traveled locations. Budapest won over Prague and we are actually now thinking even further into Eastern Europe would be fun – Sofia or Dubrovnik perhaps! 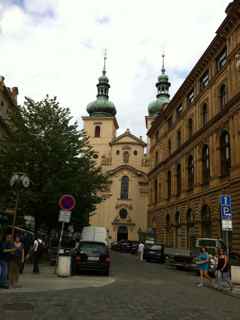