After the Killing Fields we went to Tuol Sleng which is an old high school that was taken over by the Khmer Rouge and used as a prison (S-21). It is estimated that about 20,000 prisoners were in here awaiting transport to the Killing Field where they all were put to death. In the prison they were tortured brutally and kept in inhumane conditions. Men, women and children all were processed through this center on their way to die. Educated people were particularly at risk and the guide told us often that teachers and professors were killed. 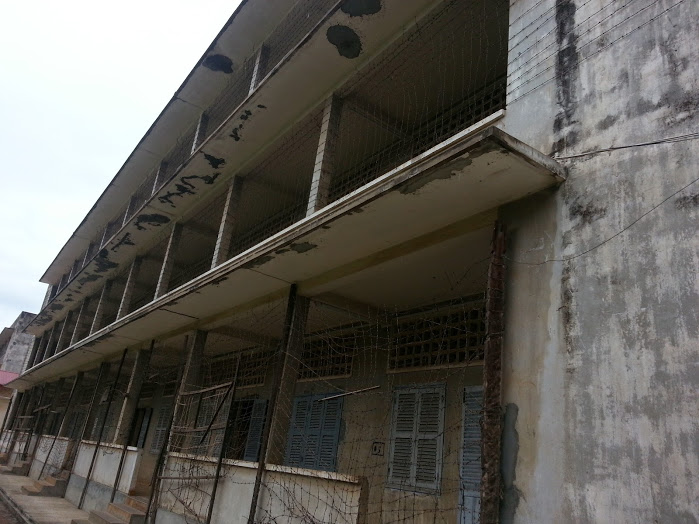 We got to meet one of the seven survivors of the camp. Chum Mey was locked up for a couple of years but because of his skills as a mechanic he was not sent to the Killing Fields. He has since written a book to help document what happened and spends a lot of time at the museum to share with people. He has problems with his hearing because of the electric shocks that were given through his ear, is missing toe nails, and cannot move some fingers correctly. He was very friendly with the kids but they (and me) were a bit overwhelmed by the place to engage fully. 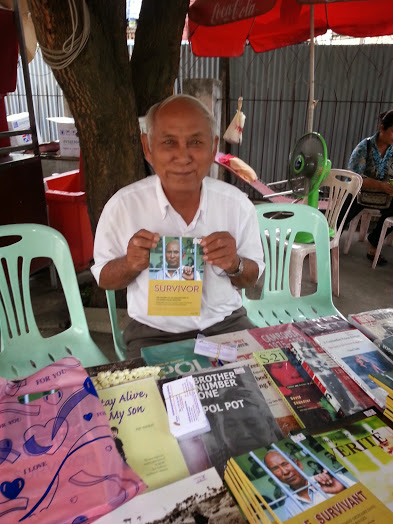