We drove up Bokor Mountain from Kampot. It was about 4 hours round trip. Not that far but the road is windy and near the top visibility is so bad that it slows everyone down. This is the second highest mountain in Cambodia and also a national park. 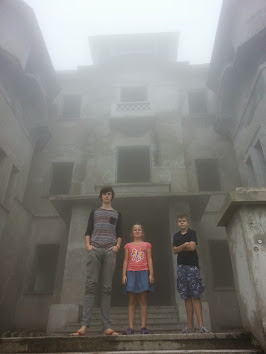 It was built by the French as a hill station/casino in the early 1900s. Now abandoned and ghost like, the huge building looms out of the mist. It was very surreal as the fog was so bad we could only see about a length of a car in front of us. We walked all around the place and it was just plain weird. 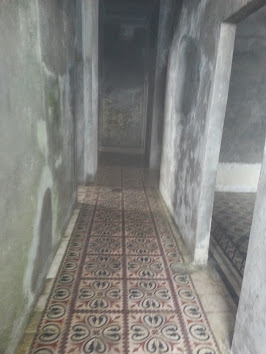 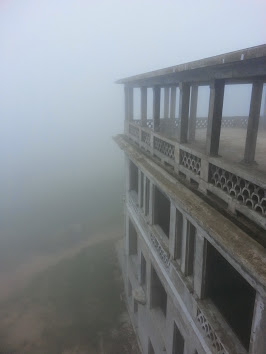 The best was the stop at the old church. It was very foggy but no rain and we climbed up behind it to a broken down gazebo area that probably had amazing views given the steep drop offs we could just about see. The church was so strange stuck up on this mountain. 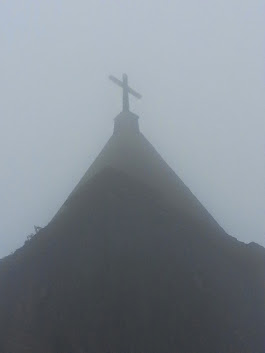 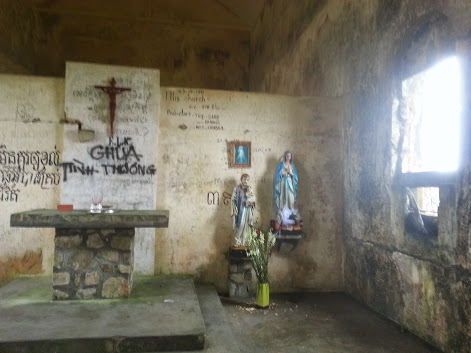 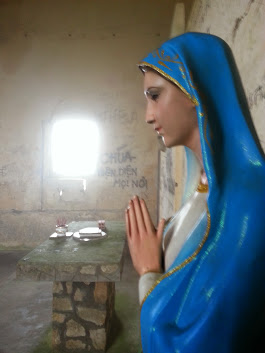 Later we stopped at a fishing village that had all Cham living there. Cambodia is an interesting mix of people with the Muslims in the region called The Cham people. They are an ethnic minority and seem to suffer in various countries around the region sadly. The boats go out in the evening and come back the next morning because of the low tide. It’s quite a site to see them all heading down river. 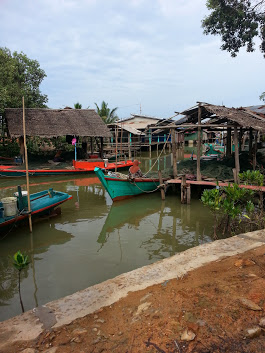 Seems to be good support by NGOs in the area plus loved this pro breastfeeding poster. 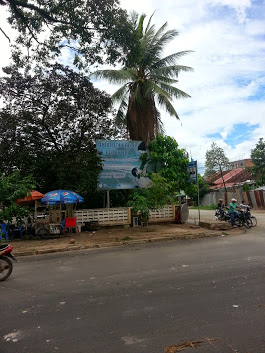