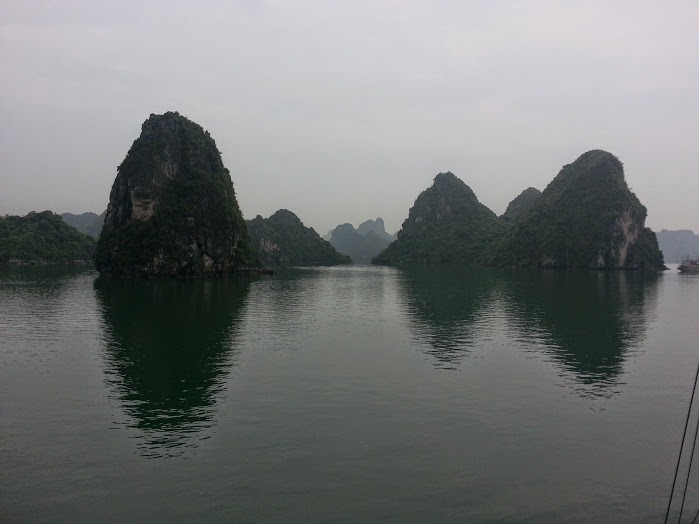 We broke up our 8 days in Hanoi with a trip to Halong Bay, which is to the east. There is a new road to the coast so the drive was only 3.5 hours. There we boarded our small boat to ferry across to the junk. 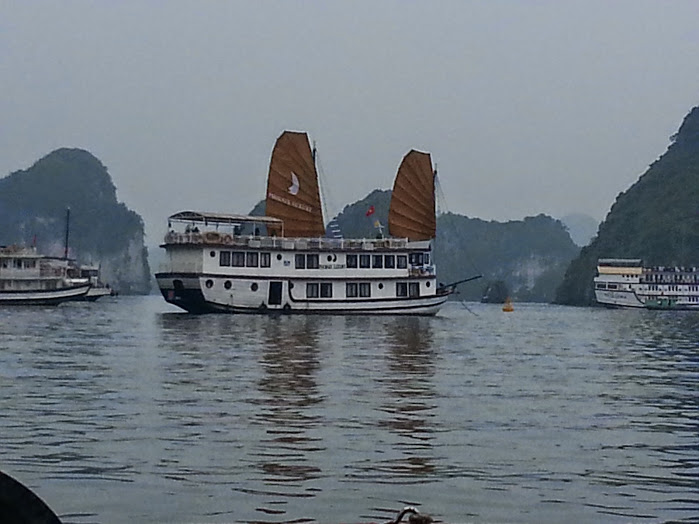 Ours had 10 cabins that opened directly onto little walkway around the boat. It was all wood with Asian paneling throughout. Charlotte said it reminded her of the Dawn Treader from The Chronicles of Narnia movie/book. She was right. Very quaint and fun and she and I settled into our cabin with the boys in theirs.

What was also impressive was the huge amount of food they prepared for us at every meal and from such a tiny kitchen. Six course meals of really good food. They also taught us how to carve fruit and vegetable:

Halong Bay is a UNESCO world heritage site and has been named as one of the Seven Natural Wonders of the World. There are almost 2,000 small islands and some have caves or internal “secret” lakes as well. Amazing place.

The first day it rained pretty heavily which was OK as we were going swimming anyway and it made the heat bearable. We went into the Secret Cave that was actually a few caves with amazing stalactites and stalagmites.

Then we headed to a beach and swam. The next day we had kayaking and a row boat under a tunnel and into secret lake. There were monkeys on two of the islands but they were purposefully placed there and had the run of the island. Locals did feed them.

Many people used to live on floating fishing villages but now it’s dwindled down to just a few small groups as the government wanted to keep the place more pristine so moved them on. They do have one floating elementary school though.

It’s an incredibly lovely area, filled with mists and rain and islands shaped like mystical creatures. I did find it rather melancholy though and it had a contemplative feel somehow. 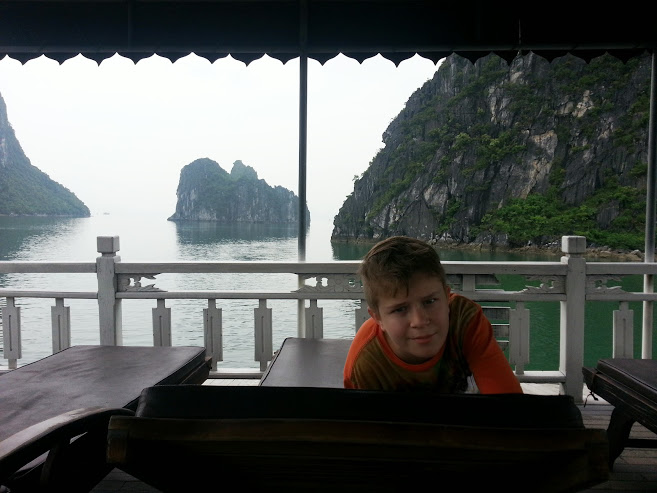 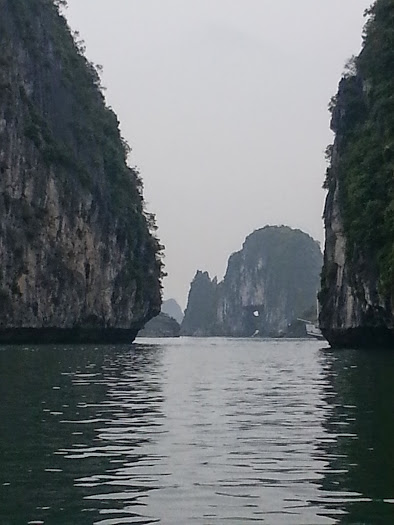