On one of our outings we went to the seafood market in Jimbaran which is south of Kuta on the west side. It’s in a lovely bay with whiter sand than we are seeing in other places and the water was almost turquoise but the waves were really large. Too intense to swim for sure. The sand though was nicer and softer. In Sanur it’s OK but right at the water’s edge it becomes very squishy with this unpleasant sinking feeling (above ankles) that is hard to walk in. I haven’t experienced sand quite like it before – it’s like soft mud but yet quite large, round grains of sand. 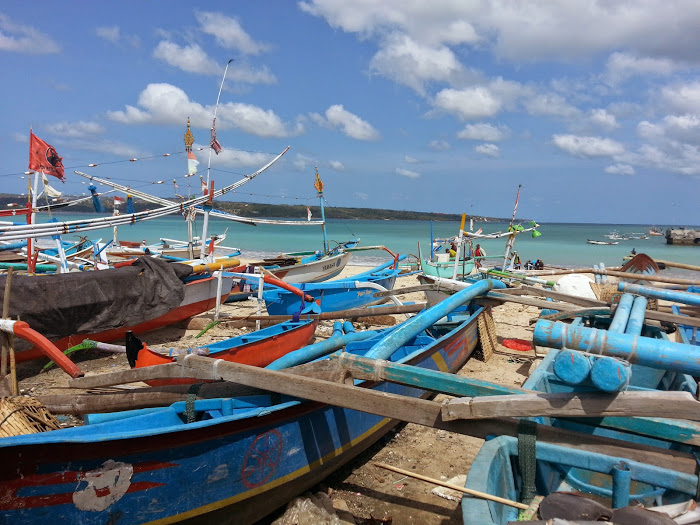 Anyway the fish market was interesting as the colorful boats pull in right next to it and unload their daily catch. Lots of red snapper, some parrot fish, sharks and other unknown fish. Huge lobster and shrimp and a few types of shellfish. 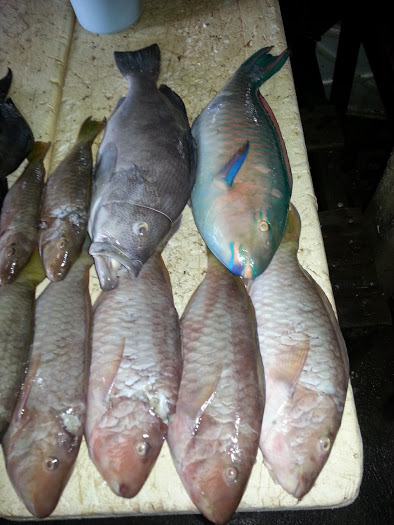 Outside there were lots of racks with drying fish too. Sad to see shark fins but since shark was being sold inside, I hope they used the entire fish in this case (think so). 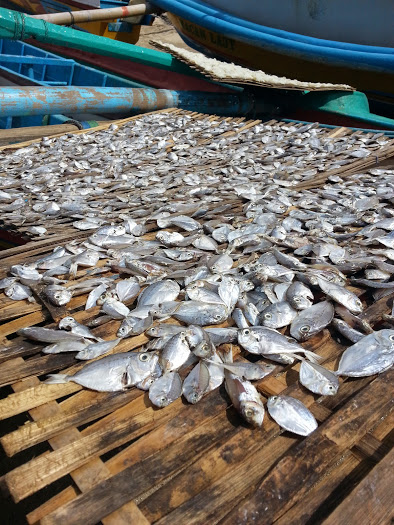 We then went a little further down to one of the many beach restaurants and ate lunch. They have tanks and you choose your own. We sent Jake in as that is just too hard for the rest of us to do. But it was delicious grilled red snapper and squid. Couldn’t really have been much fresher as just caught that morning and then grilled to order on the beach. Pretty darn good food! 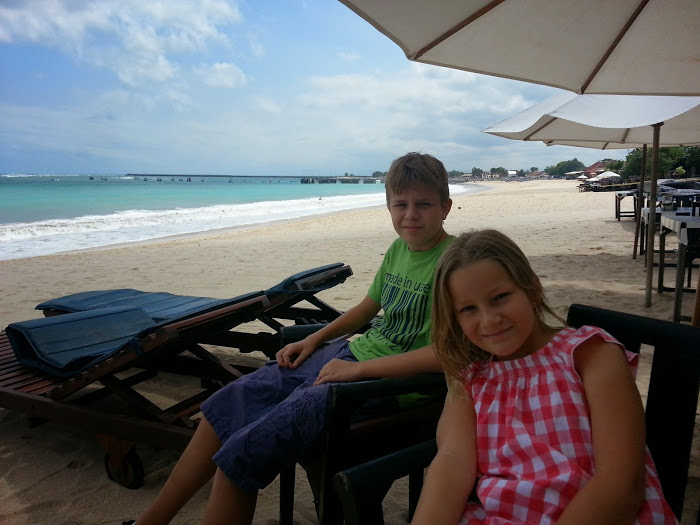 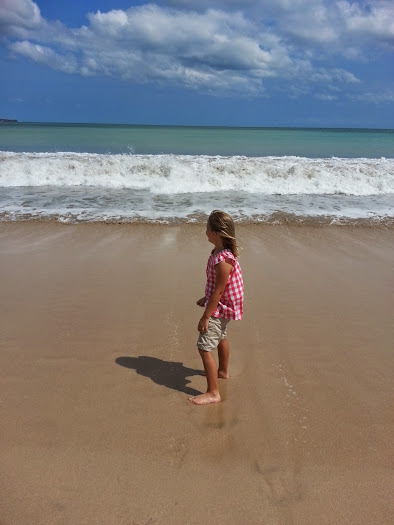