A trip around Bali had us driving up to see a volcano through very pretty jungle areas and past the famous rice terraces (it was raining so we visited those from the car). We had lunch overlooking the volcano, which was pretty but the food sad (should never do a buffet when there are that many tourists). Still, just as in Costa Rica, it’s all about the view from these places. 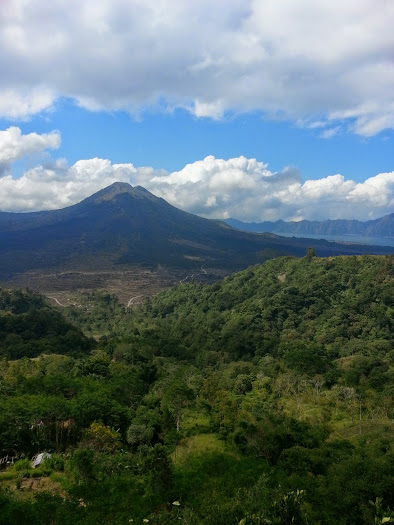 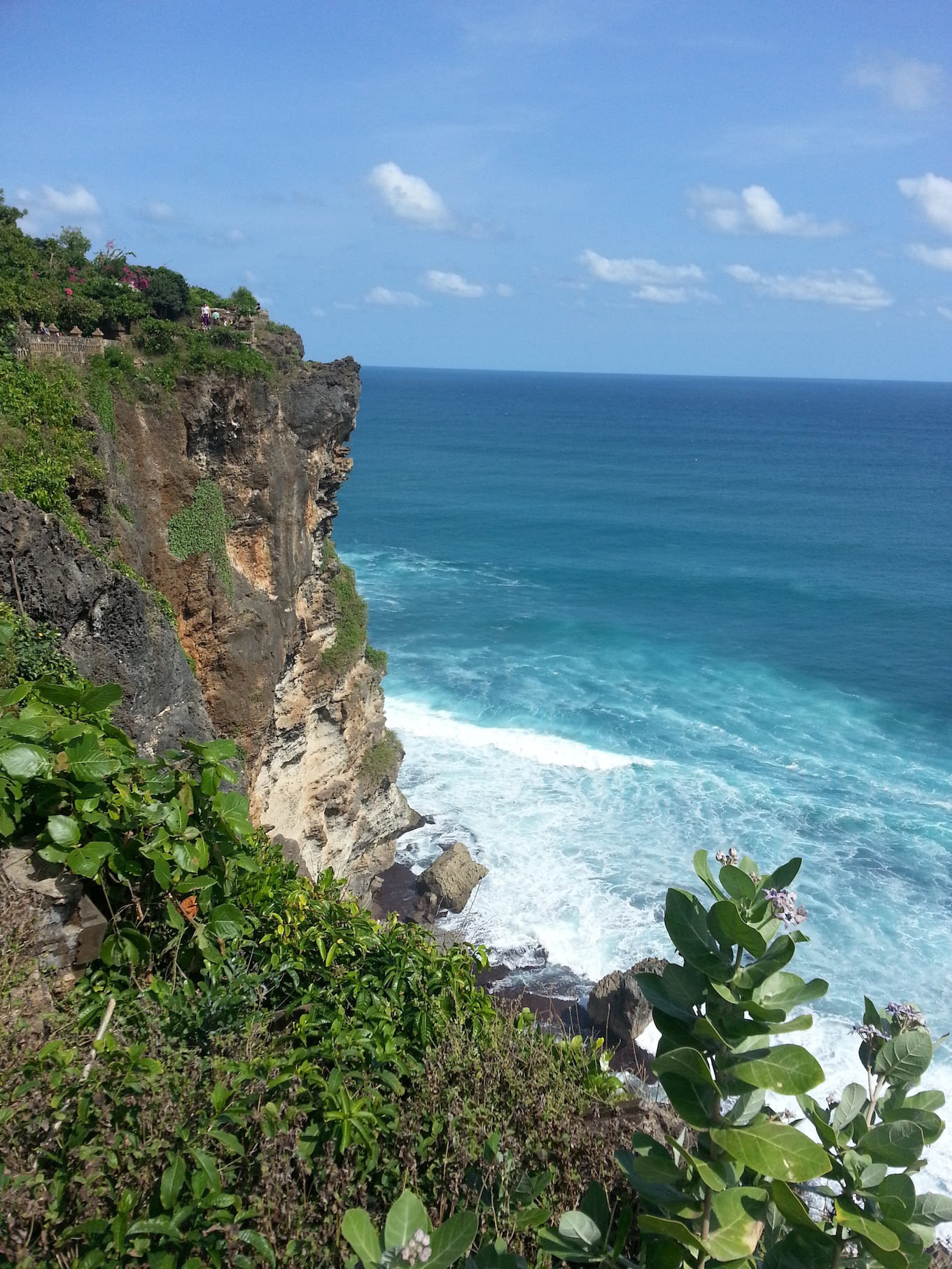 Coming back we stopped at a coffee plantation that also grows cocoa, tea and herbs for tea plus the famous cat-poo coffee. We sampled a cup of this which is made from the coffee beans that have been eaten and then passed through the gut of little weasel-like animals. They are then gathered up, roasted, ground and made into coffee. There is skepticism that many of the beans are actually not from this process – the place we went is “certified” but I don’t really know. Still it was a strange experience to feel as if we were drinking cat-poo coffee! It was pretty mellow flavor and OK really except here they make coffee too strong for my liking. 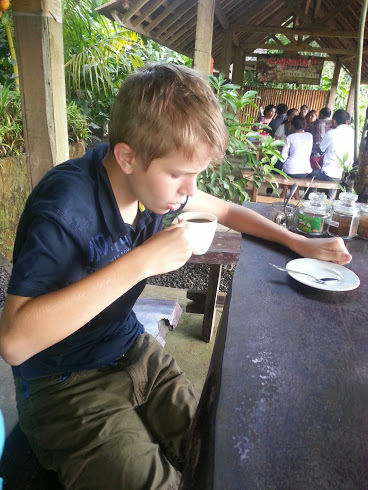 We got to taste all the other coffees and teas they make on the plantation and the coconut one was pretty much the favorite. It was fun to taste the variety. 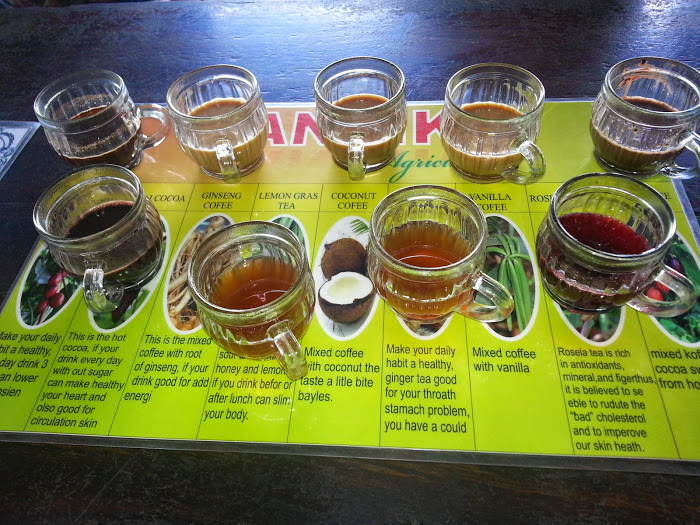 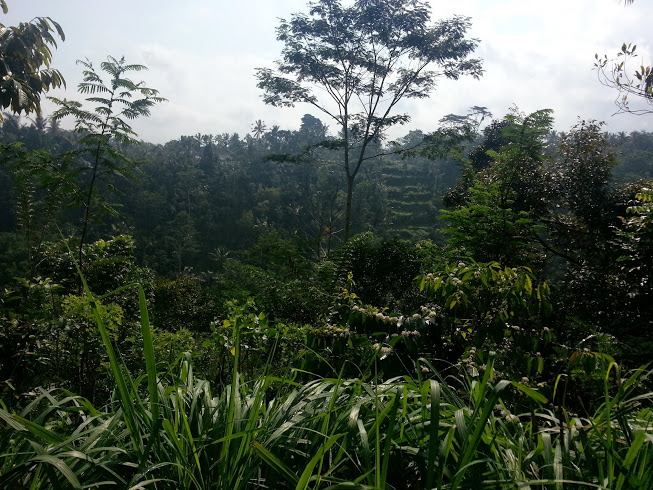 Another stop was at a big temple overlooking the ocean. It’s one of the four directional, water temples so pretty important one. The building itself is pretty plain and lacks decoration or grandeur but the views were wonderful.

There were monkeys in the temple and we had been warned they grabbed everything and were a bit pushy but on this day they were laid back. We had skipped the monkey forest in Ubud because of reading other blog posts about being bitten by the monkeys there and since they carry rabies and we have had no shots, we thought it best to avoid. The dogs and cats (both are plentiful wandering around) also have high rates of the disease so we were always on guard with the kids not to pet them.