I knew it was a huge city but flying into this place makes you gasp at how enormous it really is. Circled by mountains, you fly over a huge valley that is just one entire city. With estimates that the city has about 21.2 million people, it is the largest metropolitan area in the western hemisphere. It was built on a lake and in the original Aztec times it was known as Tenochitlan. There are large ruins on the outskirts but also a more recently uncovered temple right next to the main cathedral in the zocalo. There is even an Aztec ruin in one of the metro stops that’s kind of neat to see. The name is in mid confusion right now with a change from the in-country name of DF (Distrito Federal) to the new acronym CDMX: Ciudad de México. 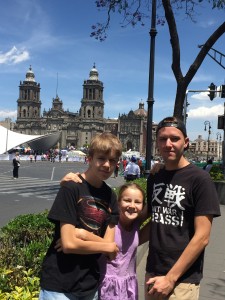 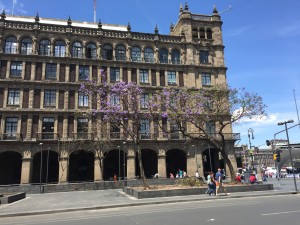 We arrived late at night but had pre-booked a large suburban taxi to take us to Coyoacan where we had booked cute two-bedroom apartment. This ended up being near the university and over looking a lovely little park. Sometimes you hit it just right with booking lodging and other times not. As I reclined on the purple chaise longue overlooking a park with a library of academic books around me, I thought this was a good one! 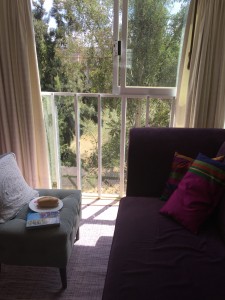 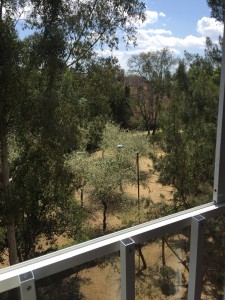 Coyoacan is one of DF’s 16 boroughs and was a separate village until early 1900s when the main city grew into it. Now it’s just one of the many areas but it still has a smaller charm to it with cobblestone streets and colonial buildings. It has a sweet town square with all kinds of restaurants surrounding it. Great coffee and pan/bread so it makes a good spot to people watch from. There were also loads of market stalls that popped up at the weekend but since we were there for Easter, I’m not sure if that is every weekend. 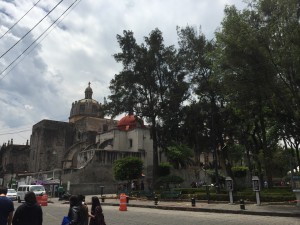 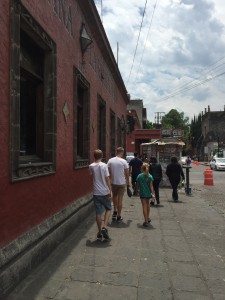 Getting around DF is no problem when you use the Metro. Really easy (one ticket costing 5 pesos (28 cents US) got you across the city. Taxis were about 200 pesos ($11) and Uber cost us a third of that – both for about a 30-minute drive. Since it’s so nice and cool there we did a lot of walking combined with Metro as that’s just more fun. We even found China town and ate bao (not that good sadly). 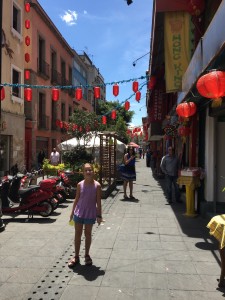 One day we reserved for the big Museum of Anthropology. It was very good and we sure learned a lot but some reviews said reserve a day or two – 3 to 4 hours did us just fine though. Perhaps this was because we had visited the wonderful new Mayan museum in Merida a few weeks prior. It was neat to learn more about the cultures and places we had already been to and I think that made the kids more engaged in learning – doing the museum after the real places.

We also found the Trotsky museum/house which was interesting. One thing that intrigued me was the picture of John Dewey at the house and so I had to research their link. Turns out he was the chair of the “The Commission of Inquiry into the Charges Made against Leon Trotsky in the Moscow Trials,” and travelled to Mexico to head this inquiry. I was possibly the only one interested in this but it’s that educator side of me! 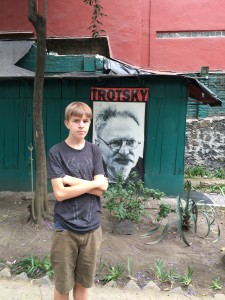