We were thrilled to be able to meet up with Uncle Tim as we have missed him since moving from Dubai (where he lives). We took the train to London and met him at the station where he took us off to a couple of great restaurants (naturally as he’s an executive chef and also used to work in London) for lunch and dinner. We also went to see Phantom of the Opera as Max and Charlotte hadn’t seen it. This was a great show to start their London theatre viewing with as it never fails to impress (and they know the music already). 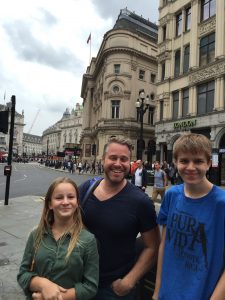 Later in our trip we went back to London as I just had to see my idol – Michael Crawford who was the first Phantom. We got to see him in a show called The Go-Between. He was on stage the entire couple of hours and sang quite a bit. We were front row and he was amazingly close which was quite exciting (I restrained myself). The show was good and he was incredible. 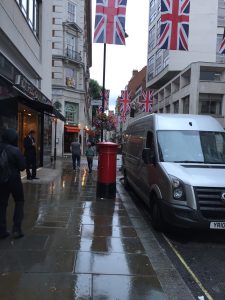 Trips to London have to include some of the amazing and FREE museums. We spent some time in the Science Museum and the National Gallery, which always amazes me. I love that museums in London are all free. Such a gift with so much to see and do. 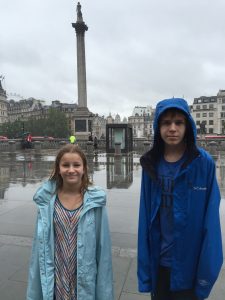