We headed off to Mexico again and we were thrilled to meet Jake in Mexico City. Before we settled down in San Miguel de Allende for a couple of months we took a few days to stay in a city about an hour away: Guanajuato. It’s a colonial city built on hills and coming in by taxi (from the bus station) at night is impressive as you have to go through long tunnels. These are not smoothly formed but rather rugged and roughly hewn. They were designed during early mining days to divert the river and prevent flooding but now are a warren of tunnels for cars (some people walk but I sure wouldn’t want to). 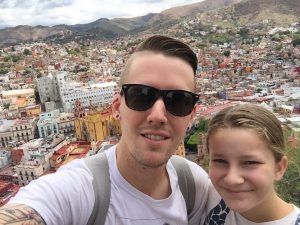 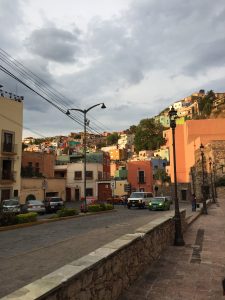 The city is gorgeous with some of the best views from the top of the hill, which is easily accessed by taking the funicular tram up the hill to the Pipila monument. The city is built on hills and houses are jumbled together joined by alleys that are a rabbit warren of hills and stairs with much of it a steep climb. It is not easy climbing and small children would be difficult and certainly no babies in strollers. 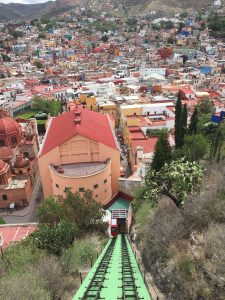 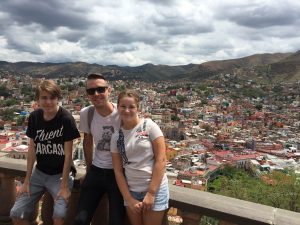 We had a lovely evening at the Teatro Juarez, which is a beautiful old theater. The symphony was playing Dimitri Shostakovich’s 7th and it was all the more rousing with the large storm outside; thunder crashing with the percussion and flashing lightening. We got absolutely soaked going home and the narrow alleyways up hill became small rivers, which we had to wade through to get back to our rental house. A memorable evening for sure. 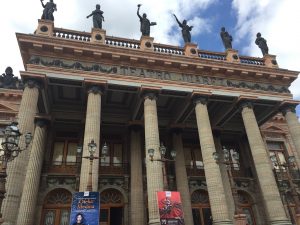 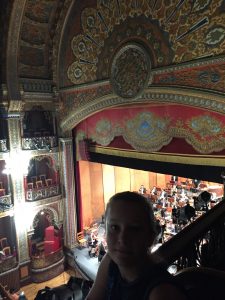 There are quite a few small museums in the city and most are easy commitments in both money and time. One that is a taxi ride just outside of centro is Museo de las Momias. I wasn’t sure if I wanted to go to this as it’s very creepy but the kids convinced me. It IS creepy but not really nightmare’ish. We’ve seen multiple mummy exhibitions but usually they have been quite a bit older than these that are quite new. The local soil has minerals that preserve bodies rapidly and so within a few years they are mummified. Many of the bodies are less than 100 years old and the hair and parts of clothing are still on. So yes, kind of creepy. 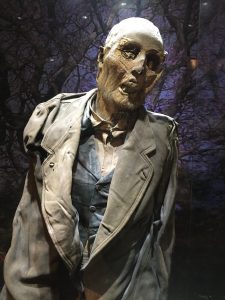 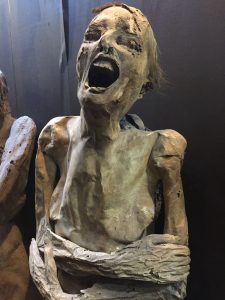 We were excited to visit Casa Diego Rivera, which is where the famous painter was born and is now a museum. It was a pretty old house but a rather disappointing museum with limited art. OK for a 30-minute visit but not much depth. 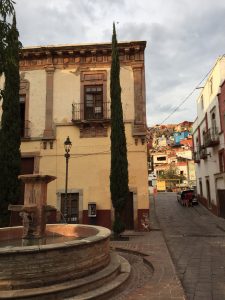 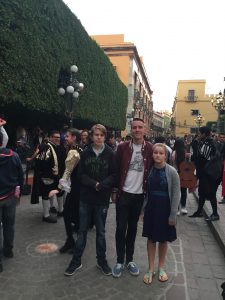 There were some decent restaurants and it was a nice city to visit. More than worth the trip if there is something good playing at the theater! 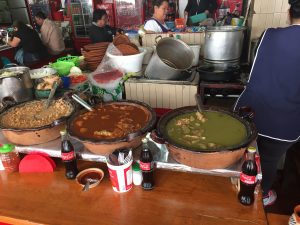 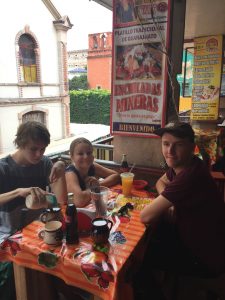