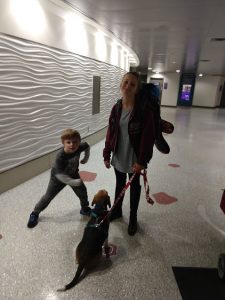 We headed out from Florida again with one-way tickets to Europe (yay) and this time our team had expanded to include Darwin the beagle and Mark (grandson) and his mom. Our landing was in Barcelona and from there we drove down in the new car to our long-term rental in Andalusia. We only spent four nights traveling as it’s just 11 hours down the east coast. We stayed for two nights just south of Barcelona in a beach suburb called Castelldefels. It was a quieter side of the city I think and all the more as it was quite chilly at the end of March so few people at the beach. Food was OK. Internet was lousy at the Airbnb but still a relaxed settling in. 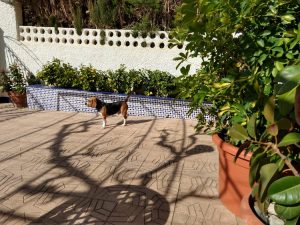 We then drove about half way down the coast and stayed in another beach town called Puerto de Mazarron. Again it was rather sleepy and quiet with most of the houses looking a tad depressing. Shutters on all the windows and a desolate feel to it. I think this could be normal of the beach areas we saw all the way down the coast. Between shutters, dead flower-pots, factories, and concrete block high rises, it wasn’t exactly an exciting intro to Spain. I’m afraid the coastal route did little to impress us nor did the internet speed in either place! 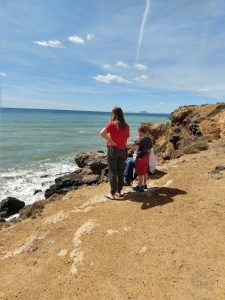 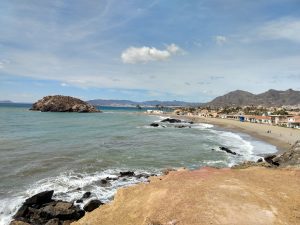 From about Malaga on it was prettier and veering inland a bit near Granada was lovely with lots of sweeping open views and mountains. 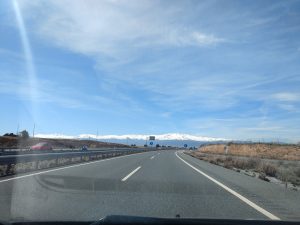 Highways are very easy to access although tolls are not cheap. Everywhere is pretty easy to drive in but there some narrow country roads and old city streets that make you gasp a bit. Central Seville was quite nerve wracking!