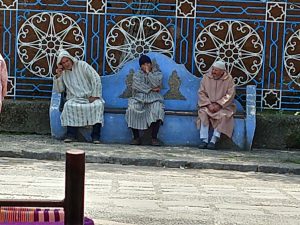 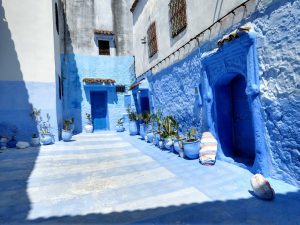 We hired a car and driver to take us to Fes from Tangier because we wanted to stop for a few hours in the Blue town of Chefchaouen before continuing onward and the train/bus situation was too long. We had rather a rickety taxi but he was a nice guy and it was lovely to see the countryside. I was surprised at how much agriculture there is in Morocco with sweeping landscapes of wheat and more grains plus orchards of citrus and olives. The smell of the small olive factories was very over powering in the small towns. 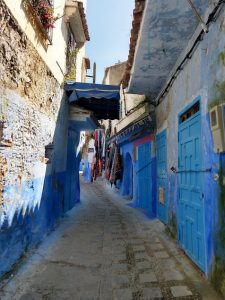 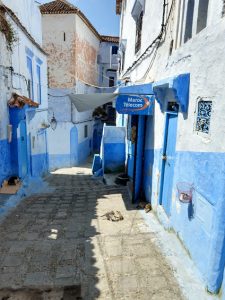 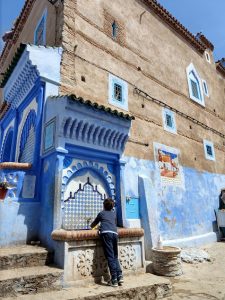 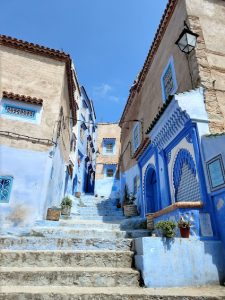 Chefchaouen is just as the guidebook photos show – delightfully picturesque. We wandered around the small blue streets, played with numerous kittens, and of course took loads of pictures. There are a lot of tourists and many come in for the day as we did. It would be nice to stay there and experience it later in the evening. Food was sure a lot cheaper than Tangier. 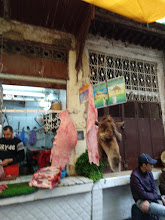 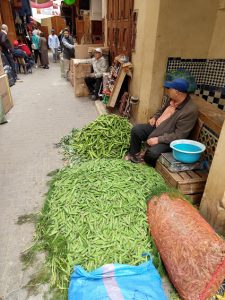 Given our “historic” hotel in Tangier we booked a place outside of the Medina in Fez and I’m really glad we did. We were in the Ibis, which is right next door to the train station and has some small local type restaurants around it. What made staying there so nice were the pool and the grounds. It was a little oasis in a teeming city. They had gorgeous rose gardens and all kinds of flowering plants. There were also peacocks and chickens in the garden and a goat next door! Even though this it a chain, I can recommend a stay here. Plus it had a bar so we were able to have a few drinks at the pool (most places do not serve alcohol).

The next day we hired a guide who took us around the Medina. You need a guide as this place is enormous and we would not have known what to look for or what to see without him. There are quite a few ancient sites within the Medina such as the world’s oldest university, which was started by a woman. The Medina is a UNESCO world heritage site and deserves to be. It’s crazy in places with tiny paths where you have to flatten yourself against walls because horses and donkeys laden with goods are coming by. I feared for my toes at times! Men pushing handcarts and people carrying large cages of birds cram past you. But the neat thing was everyone seemed friendly and they smiled and apologized if they bumped into you. It was a really nice environment and enjoyable experience, which the Medina in Tangier had not proved to be. 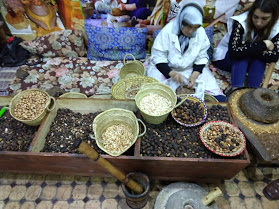 There are 250,000 people who live fully in this Median and that doubles during the day with people coming in. Everything needed to survive is created and made here. There are carpenters, metal workers, bakers, sewers, barbers – no one needs to leave. There are also schools and I was able to step in and visit two tiny one-room kindergarten classes. 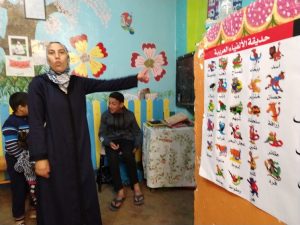 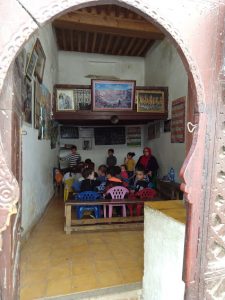 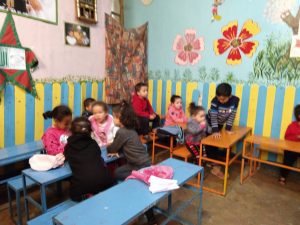 They were so welcoming and the teachers eager to point out all the things they were learning from the posters around the room. Little room for play and no toys but the littles were laughing and singing. It was a fun day but I sure was glad to be back in that pool garden with a cold beer at the end of it! 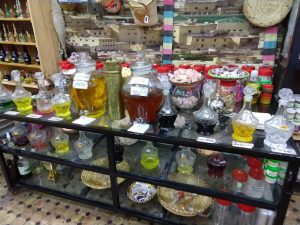 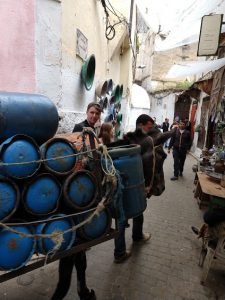 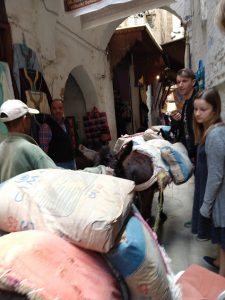 Charlotte enjoyed the pool the best. 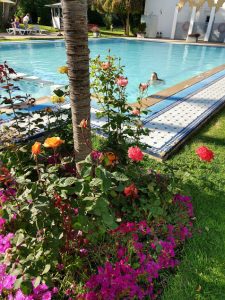 And I was thrilled to visit the world’s oldest university founded by a woman. Now deep inside the Medina! 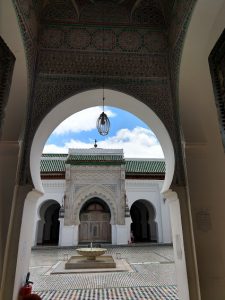